A team driven by innovation, governed by experience, branded by quality. 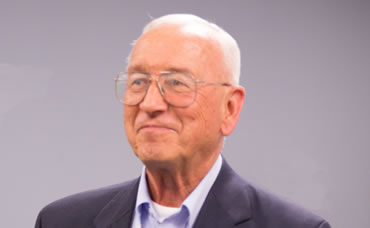 Dr. Paul Kaminski, Chairman of the Board

Paul G. Kaminski is Chairman and CEO of Technovation, Inc., a small consulting company dedicated to fostering innovation, and to the development of business and investment strategies related to the application of advanced technology in the aerospace and defense sectors.

Dr. Kaminski served as the Under Secretary of Defense for Acquisition and Technology from 1994 to 1997. He was responsible for all Department of Defense (DOD) research, development, and acquisition programs. He also had responsibility for DOD logistics, environmental security, international programs, the defense industrial base, and military construction.

Dr. Kaminski has had a continuing career involving large program management, and the development and application of advanced technology in both the private and public sectors. He served as Chairman and Chief Executive Officer of Technology Strategies and Alliances, a technology ­ oriented investment banking and consulting firm. He has served as a consultant and advisor to a wide variety of government agencies and as chairman, director or trustee of several defense and technology oriented companies. His previous government experience includes a 20­year career as an officer in the U.S. Air Force.